Many accidents hit the road everyday, which do not only hurt lives, but also leave the vehicles dilapidated. If air bags are for people, then grille guard is for the cars or trucks. The majority of Isuzu Grill Guards are made with stainless steel tubing, so they are light and they look great. Stainless steel is also great because it will stand up to the test of time and generally will not rust and is very resistant. Chrome grille guards are like a crown in many ways. They are a sign of royalty, they cover the head of your Isuzu, they are powerful, and they let the masses know that you mean business. If you take your truck out on the trail, then grille guards may also be called brush guards or bull bar.

These are several names for the same purpose. Whether you drive in the woods or the highway, the most important thing is that you get a quality Bull Bars made out of chrome. Protecting your truck with quality parts will help you achieve the goal of duration and it will make your truck a unique king of the road for many years to come. When you're in the market for a truck grille guard, there are a few things to bear in mind. The first is that you should only purchase grille guards that are designed to fit your Isuzu model. This eliminates the need for drilling new holes in the underside of the vehicle and provides a perfect fit for your new push bar. The second thing that you need to look for is a complete package, if you want your Isuzu Grill Guards with all the options, including a skid plate as it provides protection below the engine, as well as in front of the truck.

As the '90s drew to a close, the VehiCROSS was the brand's most talked about vehicle. The VehiCROSS premiered as a two-door crossover SUV with a V6 engine and known for its sporty yet aggressive body style. It received numerous honors right away which aided in its recognition, including being named one of the Top 10 Sport Utilities by Motor Trend magazine (1999). Isuzu kept steady with its crossovers throughout the first part of the decade with strong entrants like the Axiom and the Ascender. The brand also re-entered the truck segment in 2005 with the i-Series, a line of midsize pickups.

The first Isuzu model to hit the US was the P'up, a pickup truck available with three different cabs: single, double, and "SpaceCab." A couple of years later, the Isuzu Trooper premiered as both a two or four-door SUV. The vehicle became a hit and would go on to become one of the marque's most reliable sellers. Other models, like the Subaru-Isuzu authored Rodeo and Pickup also made an appearance during the '80s. Come the early 1990s, the Gemini would be known as the Stylus before Isuzu stopped exporting the model. It was at this point where Isuzu began to concentrate on strictly offering its roster of SUVs and light trucks in North America. In 1996, the Chevy S-10 was rebadged as the Hombre for Isuzu but available with less standard equipment. The Hombre would make news again a few years later when poor sales would force Isuzu to pull the plug on the model along with production of its other trucks. 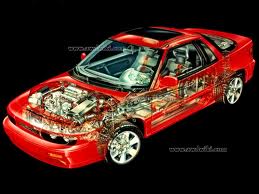 One of the brands credited with bringing the compact SUV into the mainstream, Isuzu is a name drivers all over recognize. Isuzu has been around since 1918, when the Tokyo Ishikawajima Shipbuilding and Engineering Company chose to begin manufacturing automobiles and parts. The first car was the A9 and shortly after, the CP followed, which was the company's first truck. On the heels of World War II, Isuzu enjoyed a boost in production. An agreement with British automaker Rootes Group led to the Hillman Minx, a midsize sedan, in 1953. Throughout the '60s, Isuzu produced several noteworthy vehicles, including cars such as the Bellett and 117 Coupe, along with the WASP, a light pickup truck. 1971 saw Isuzu begin a partnership with GM. This led to the development of the Gemini, a compact sedan built off of the GM T-car platform.